With Slopehelper, you reduce your operating costs in the vineyards or orchards by at least three/four times in comparison to using a conventional tractor.

This comparison is made between a new narrow tractor and the Slopehelper autonomous configuration. The calculation in the first part is made for the initial investment of the first year.

In this part is calculated the power supplies, such as fuel and oil, and on the other site the electricity to charge the batteries of the Slopehelper. It takes about 36kWh for fully charged batteries and the average electricity prices in Europa per 1 kWh is ≈0.112 €, (official data for the price of the electricity taken from September 2019)

Then we have taken three elements from the range of the hinged equipment accessories; mulcher, root side trimmer, and Sprayer. The comparison is made for the average price of new equipment on the market of agricultural accessories (without any additional elements and services) and on the other side the final prices for the Slopehelper’s equipment.

Comparison for a period of 10 years’ investment in which are included annual salary for a driver, regular services, maintenance, and consumption of oil and fuel vs. electricity. It is not taken into consideration how many people are active in the normal functioning of the tractor, such as mechanics, technicians, etc. While the Slopehelper does not require anyone for a very long time (very long service period and impressive lifetime). 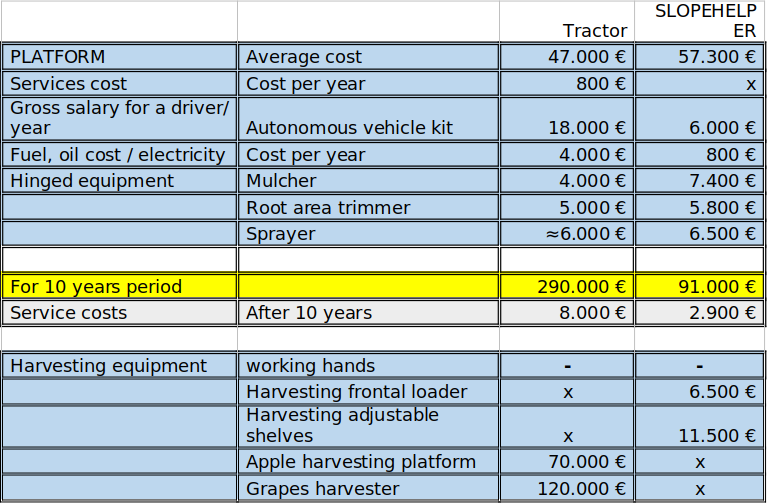 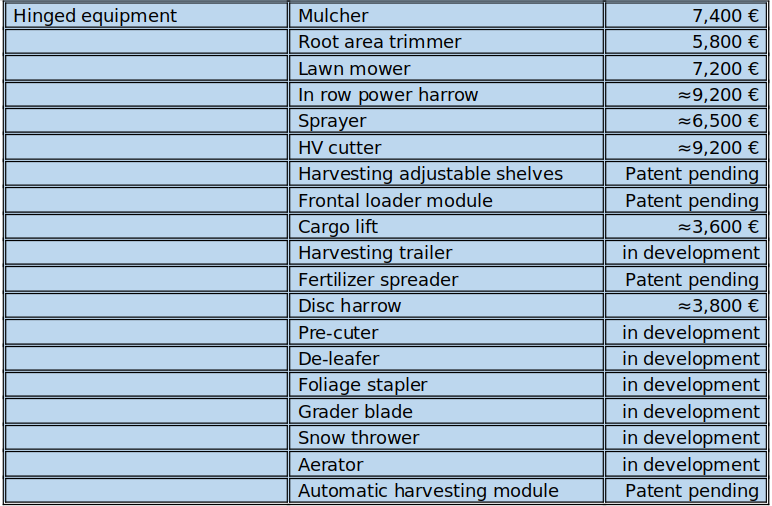